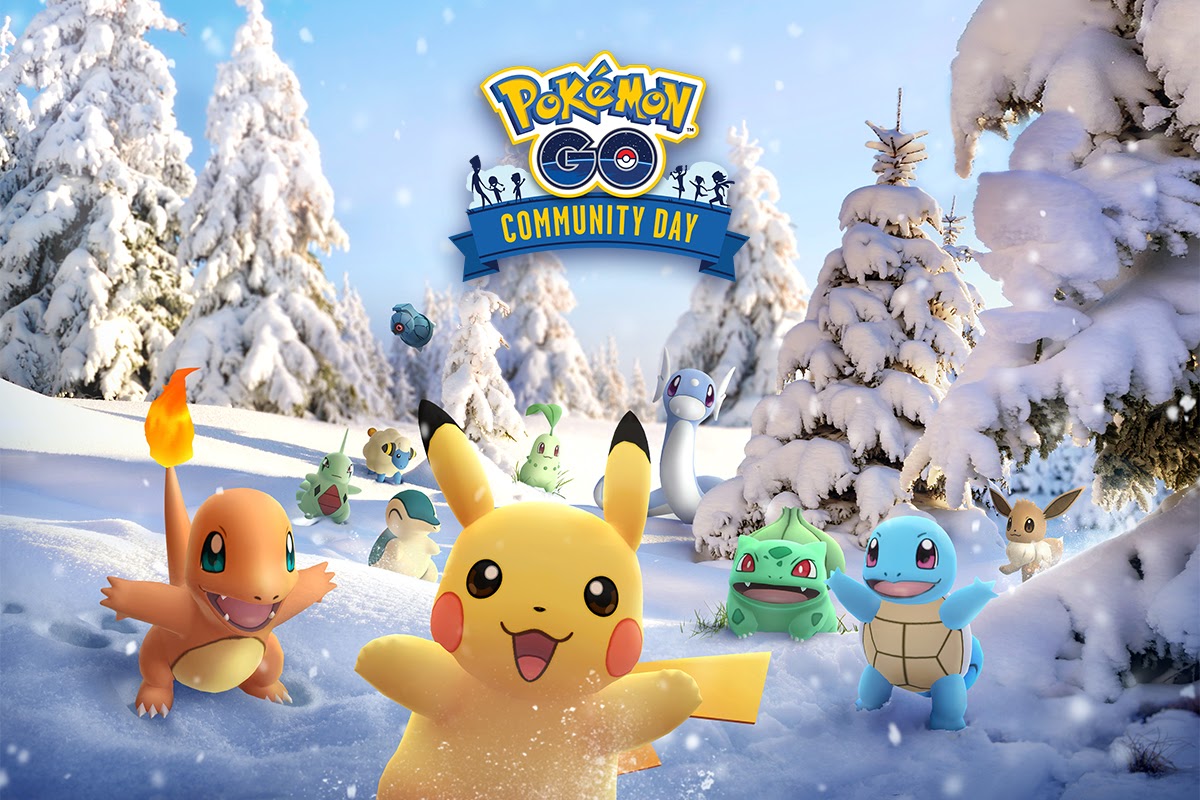 I was surprised when December’s Community Day was announced as a recap of the first 11, hopefully minus the networks which have spoiled the event in previous months. I had hoped we would get Bagon or Ralts but this is a good event for the community, it gives people who missed a chance to take part. Its also great if you want to get more of those powerful Pokemon you didn’t get enough of.

This Community Day is more of a Community Weekend since its spread over 3 days and also unique in that it features all 11 Pokemon instead of just highlighting one Pokemon. Some are better than others. Some are must haves while others are optional. This list will cover that, ranking each Pokemon from 1 to 11. Please note this list is subjective and you may disagree for your own reasons. That’s perfectly fine, to each his own.

Pikachu getting Surf is a neat nod to the surfing Pikachu featured in the core games but it and its evolution Raichu aren’t great Pokemon to use. This is purely one for the collection, especially if you can get a shiny variant. Raichu is a decent electric type but its not even close to the best, not when Raikou, Zapdos and Electivire currently dominate the electric type. Catch if you like but save your Pokeballs for the others further down.

Mareep is cute and a 10km egg Pokemon but as an electric type it still falls short against the competition. Dragon Pulse certainly makes things interesting for Ampharos and is a reference to Mega Ampharos which is an Electric/ Dragon. However it doesn’t help Ampharos improve much until Mega Evolutions are available.

Of the two grass starters covered in Community Day, Chikorita pales in comparison to Bulbasaur. Not even adding Frenzy Plant to Meganium makes it viable as an attacker or gym defender. Whatever Venusaur does, Meganium doesn’t do it as well. I think the only reason I didn’t rank it dead last was because its not found in a 10km egg and it at least gets STAB from Frenzy Plant.

It does have a good shiny colouration , a golden brown that is going to make your roster a little more colourful.

However adding Blast Burn to Typhlosion does improve it by quite a bit, its at least in the top 10 for pure movesets. It would be a decent substitute for Charmander but since you’re getting Charmander again this Community Day, you can go for that.

Luckily it doesn’t have another starter to compete with next week. Hydro Cannon does make Blastoise somewhat viable as a water attacker but it doesn’t elevate Blastoise to top spot, let alone a top 3 spot among pure water attackers. Kyogre isn’t fazed by it and neither is Gyarados.

Its a decent substitute for them but nothing more. You can definitely find better water types out there.

Last Resort is arguably the worst Community Day move. Surf was just missued. Its probably why Evee isn’t higher up the list. While its unremarkable on its own, Eevee is a jack of all trades Pokemon due to its multiple evolution lines. In total it has 5 currently released and 3 unreleased ones, of which 2 will be out in Generation 4. The fact that it only takes 25 candies to evolve them makes them cheap to obtain , even if Espeon and Umbreon require walking 10km with them first.

Of these evolutions, Umbreon is purely there for collection but it does have a very cool looking shiny variant. Espeon is one of the best pure Psychic attackers. Jolteon is a good substitute if you can’t get one of Zapdos, Raikou or Electivire. Its frailty holds it back but it will do the job if needed. Flareon is only outgunned by Charizard with Blast Burn and Moltres, which is nothing to be ashamed about. Vaporeon has slipped in recent times but it has plenty of HP to be a good gym defender and is a rather useful attacker if you don’t have Kyogre or Gyarados.

As for Glaceon and Leafeon, the former is only inferior to Weavile and Mamoswine as a pure Ice attacker. Leafeon does well enough to be worth a look at if you need a grass type quickly. Sylveon remains far away but getting a good IV Eevee for it would be a good idea.

You should definitely catch as many shiny Eevees as you can get since you’ll want to get shiny versions of each of its evolutions.

Charmander has always been popular because of its final evolution Charizard. Charizard was one of the better fire types but then got pushed when the likes of Moltres came out and it just fell. Flareon actually came out ahead of Charizard as a fire attacker but Community Day elevates it to second spot among fire types thanks to Blast Burn. Since Moltres isn’t easy to come by, you should definitely get a few Charizard to fill in for it.

Not to mention shiny Charmander is gold in colour and Charizard is black, a very cool look for it. Don’t hesitate to tap on Charmander which spawn to get that top IV Charizard.

It was a tough choice, picking between Bulbasaur and Charizard for 4th spot. In the end I went with Bulbasaur because Venusaur with Frenzy Plant is the best pure grass attacker. It may lose to Tangrowth and Roserade in DPS but its overall performance trumps those. Venusaur is the starter which benefits the most from its exclusive move and you shouldn’t be afraid to pick up a few of them. Its shiny colouring isn’t great but in terms of utility its worth having.

Dragonite is still very useful in the game as a general attacker or even to counter its fellow Dragons. You’ll have a much easier time picking up candies for it than for Rayquaza so it pays to catch as many as you can during the event to get it. Dragon type legendaries are still quite common in Generation 4 and beyond it so Dragonite will come in handy for those.

Draco Meteor isn’t a great exclusive move for it so you may want to wait a bit later and then evolve them so you can get Outrage for it. It saves you the TMs to change it back. As a 10km egg its candies are going to be much harder to obtain so keep an eye out for dratinis.

The steel type isn’t very useful in the current meta in Pokemon Go. It resists about half of the types but is only super effective against 3 of them.Of the 3 , they are not commonly used in gyms or seen in legendaries. Metagross itself was underwhelming. It had great stats but not the moves to realise its full potential.

Beldum’s Community Day helped change all that. Steel is still an underwhelming type in offence but Meteor Mash made Metagross the best steel attacker by far and a great neutral attacker too. It could be a gym attacker, clearing the pink walls of Blissey and Chansey without taking too much damage.

Its shiny is probably the best looking one of the 11 featured Pokemon so far and its also going to be a solid counter when the fairy wave arrives in Generation 6. Definitely one for the present and future.

Tyranitar is one of the must haves in your team. Smack Down and Stone Edge sets it as one of the best rock type attackers, even as Rampardos looks set to beat it to top spot for DPS. Tyranitar has the edge in TDO but Rampardos still emerges top overall. However, second spot is still a solid finish for Tyranitar in rock.

As a dark type it will eventually lose to Darkrai but Darkrai being a legendary means you’ll either be spending rare candies on it or catching barrels of them to make up the required candy count. If you want to build that team of 6 dark type attackers, Tyranitar is the more efficient option.

Tyranitar  is easier to get but as Larvitar is from the 10km egg its one of the rarest Pokemon out there. Make this one your number one priority if you still need Tyranitars. If you do have enough, consider getting more candies so you can max out yours. You won’t regret it. Its what I will be doing.

This site uses Akismet to reduce spam. Learn how your comment data is processed.